On Sunday, June 28, 1883, 14 adults and seven children met in Silver City’s YMCA and the First Presbyterian Church of Silver City was duly organized.  On July 12, 1883, the articles of incorporation for the church were filed with the Office of the Secretary of the Territory.

What was Silver City like in 1883?  It was in its 14th year of existence and had about 3,000 inhabitants, 50% of whom were of Mexican descent.    That year saw the last of the Apache attacks in the area, but as late as 1886, the Grant County Commission still offered bounties on Apache scalps.   Mining was the major industry with $1.5 million of ore—gold, silver, copper and iron—produced in Grant County mines during 1883.  That mining had caused the “Iron Horse” to snort its way from Deming to Silver City in May of 1883.

If you had visited Silver City back then, you would have had your choice of staying at the Exchange or the Tremont House.  Neither offered bathing facilities, but you could rent a tub of hot water at either of the town’s barbershops.  The Onion and the Blue Goose offered gaming tables presided over by gamblers in wide-brimmed black hats, frock coats and diamond-studded cravats.  Cowboys in high-heeled boots strode up to the bar demanding shots of red-eye, mescal or bug juice for themselves and their companions from Shady Lane.  Shootings, knifings and brawls were common.

And a handful of brave people wanted to start a church. 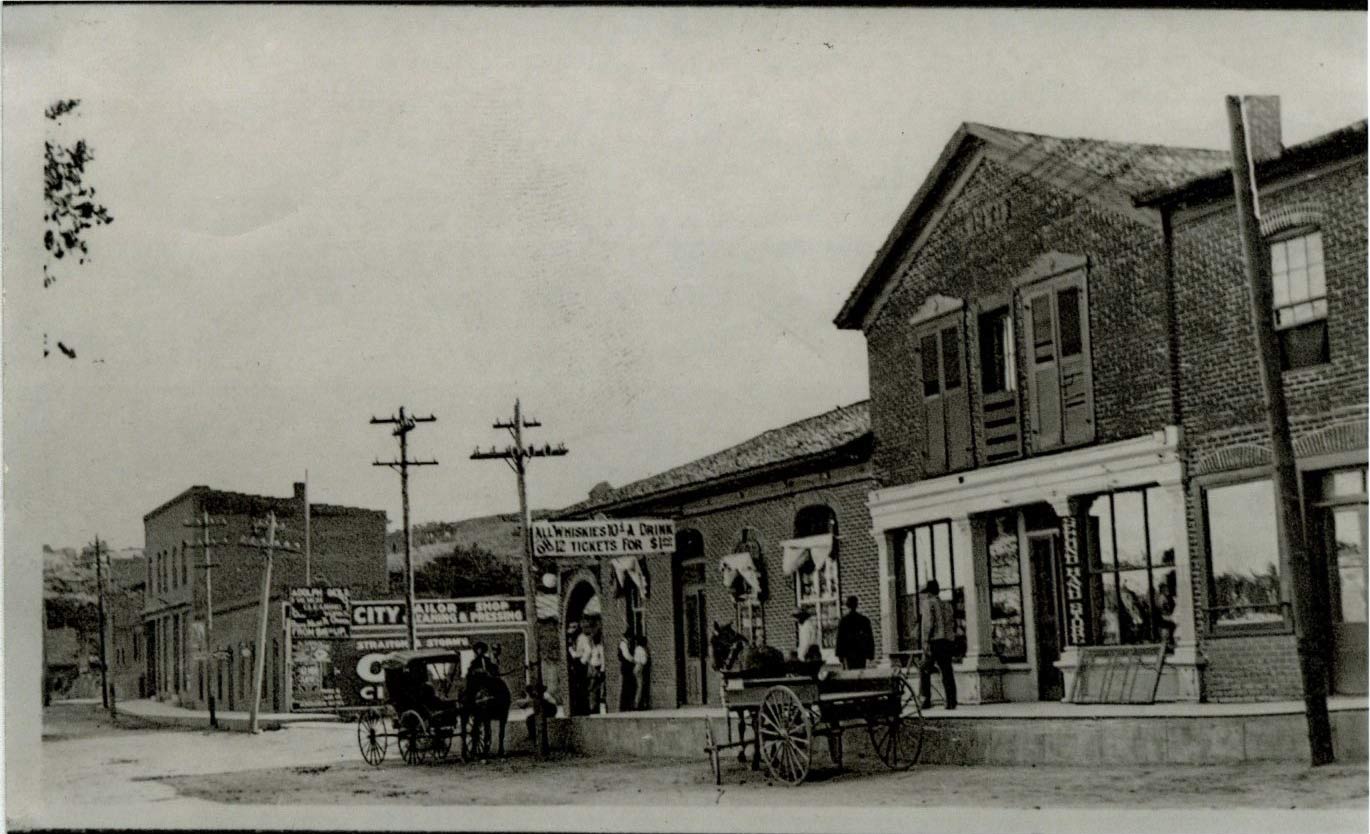 The above picture, taken on Bullard Street around 1900, shows the dusty downtown of the small mining town of Silver City. The sign outside the bar says "All whiskies 10 cents a drink."
Photo reproduced with permission from the Silver City Museum.

The Reverend James McGaughey, a missionary from the Presbytery of Santa Fe, arrived in the dusty, bustling, little town of Silver City in May of 1883.  In June of that year, the Rev. McGaughey met with his prospective congregation  at the local YMCA and the First Presbyterian Church of Silver City was duly formed.   At first, the Presbyterians  held services in the County Courthouse, the Methodist Church,  and other buildings.  In 1885 they purchased a lot on the southwest corner of Arizona and Seventh Streets for $800 and established a mission church.  The dedication of the Presbyterian Church and school building took place in 1886.

The church ceased to function in 1894 and remained dormant for the next five years, probably due to the drop in silver prices during that time.  From 1894 to 1896 the church building, located on the corner of Arizona and Seventh Streets, was utilized by the New Mexico Normal School for classes.  The Normal, later known as Western New Mexico State University, made the church its home until the completion of its first campus building.  In 1899 the church was revived and reorganized.

During the late 1800’s and the early 1900’s, ranching was the only major industry other than mining in the Silver City area,  but small businesses began to locate in the downtown area.   The streets were unpaved until 1914.  A visitor during this time asked why the streets of Silver City were so unkempt and was told there was no need to clean them, because if the wind didn’t blow away the trash, the summer floods would wash it away.

Some items of note during this time frame:  The church formed a Ladies Aid Society in 1900 and in 1904 it had 40 members and completed payments on a church organ.   In 1917 the Session received a request “to allow some Negroes to attend our church.”  The request was granted.  In 1924 the Session allowed Boy Scouts to use their building as a meeting place, beginning a long tradition of allowing community groups to meet in this church.

Until 1928, the congregation was led by Stated Supply ministers, with most serving for two years or less.  The church’s leadership then stabilized with the election of the Reverend Fred Farley, this church’s first called minister, who was pastor until 1945.

Despite the Great Depression, the church maintained a good financial condition.

The congregation was becoming more active in community affairs in the late 1930’s, and in 1938 the church went on record opposing the use of a state lottery to support the Carrie Tingley Crippled Children’s Hospital.  The Session’s official statement read:  “The. . .lottery is an outstanding example of doing evil that good may come.”

In 1940, as Europe was engaged in war, the church contributed to the World Emergency Fund.

During the war years, the church helped the Presbyterian War Service Fund and the Hospitality Center for soldiers in Silver City, while First Presbyterian’s Ladies Aid Society rolled bandages for the Red Cross.

The Reverend H. L. Geddis, the Reverend Thomas W. Ogilvie, and the Reverend Gary Kammerly led the church between 1945 and 1963, during which time the church had expanded its services, its  programs and its congregation (to about 200) to the extent the church building was becoming too small.  In 1962, the congregation voted to build a new church at the corner of 20th and Swan Streets.

A successful building fund campaign, headed by Paul Wygant, was launched in 1967.  Phase 1, the Fellowship Hall, was completed in 1969 at a cost of $88,540.  The hall experienced a high degree of usage, with youth groups, scouting, and even a charismatic prayer meeting on Fridays Nights—called the Jesus Chapel—attended by about 40 people.  Community outreach included the establishment of the United Campus Ministry at WNMU.

In 1974, the church added the bell tower and also appointed a committee to consider continuing the building plans in to Phase II.  In 1979 a new sanctuary and pastor’s office were completed.  In 1994, the final payment on the mortgage on the church on Swan Street was mailed to Presbyterian Headquarters.

Only three pastors over the years have served First Presbyterian for more than 10 years:  The Reverend Fred Farley, who served from 1928 to 1945, the Reverend James McClelland, from 1971 to 1981, and the Reverend Bob Reese, from 1998 to 2015.  Our current pastor, the Reverend Sara Ver Burg started as occasional pulpit supply via Zoom in March of 2020, and became our part-time pastor in July of 2022. You can find more information about her under the website tab Our Pastor.   During the interims in-between pastors, our Church Service has been ably led, through the grace of God, by retired ministers, guest preachers, and members of our congregation.

Throughout its history, First Presbyterian Church of Silver City has been known for its charitable works, its support of community programs and agencies, its reaching out to the needy, and its inspiring music.

Those wishing to know more about the history of our church should contact Susan Tester, our church secretary, and ask to see a copy of a church history, written in 2003, entitled “Forward Together in Christ,” and one written earlier than that entitled “A History of the First Presbyterian Church of Silver City, New Mexico, 1883-1993.“   Much of the material used here was summarized based on information from those two pamphlets. 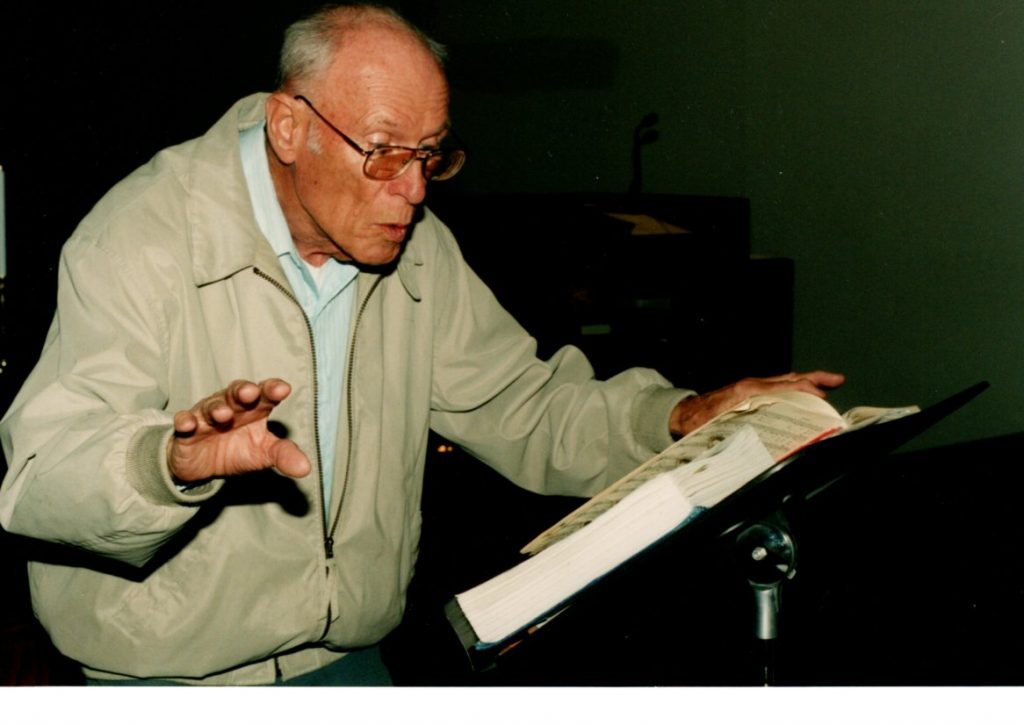 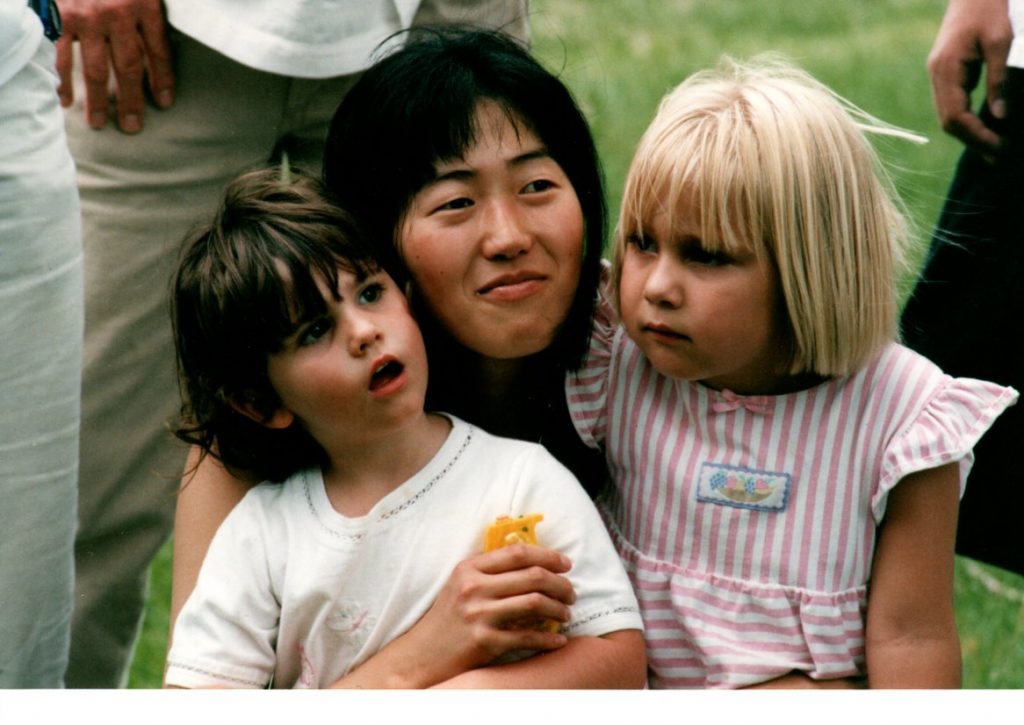 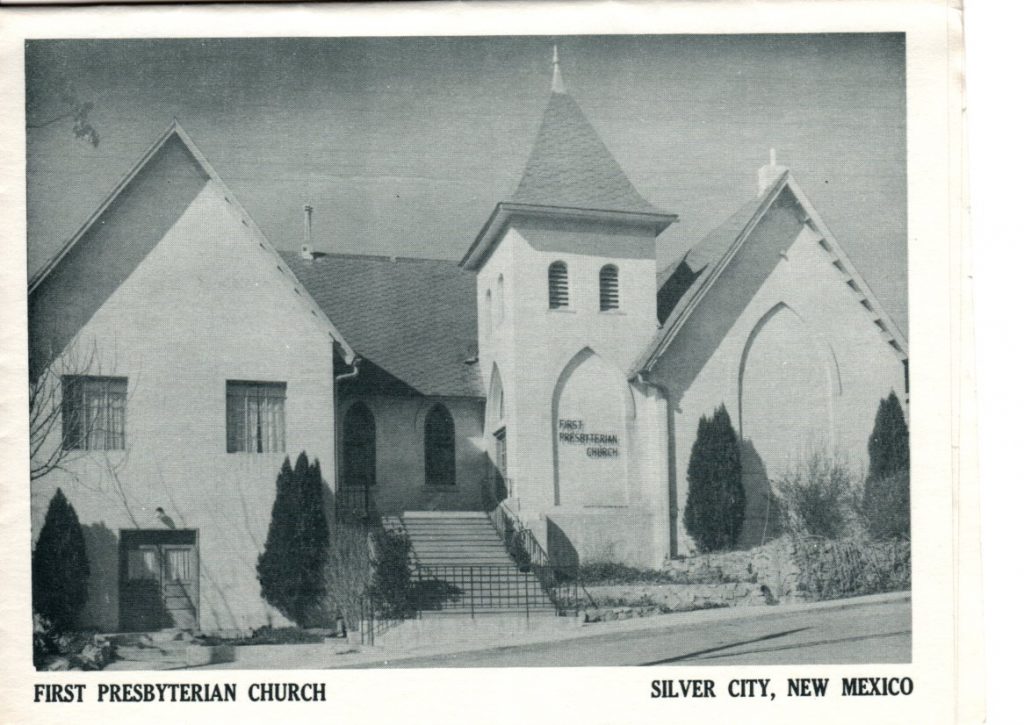 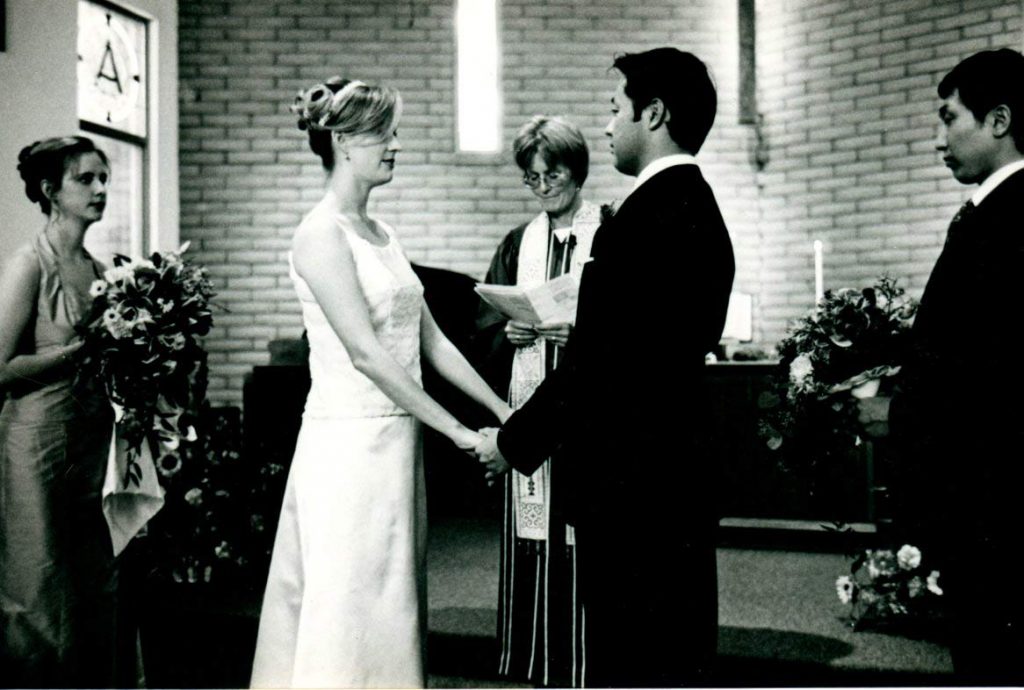 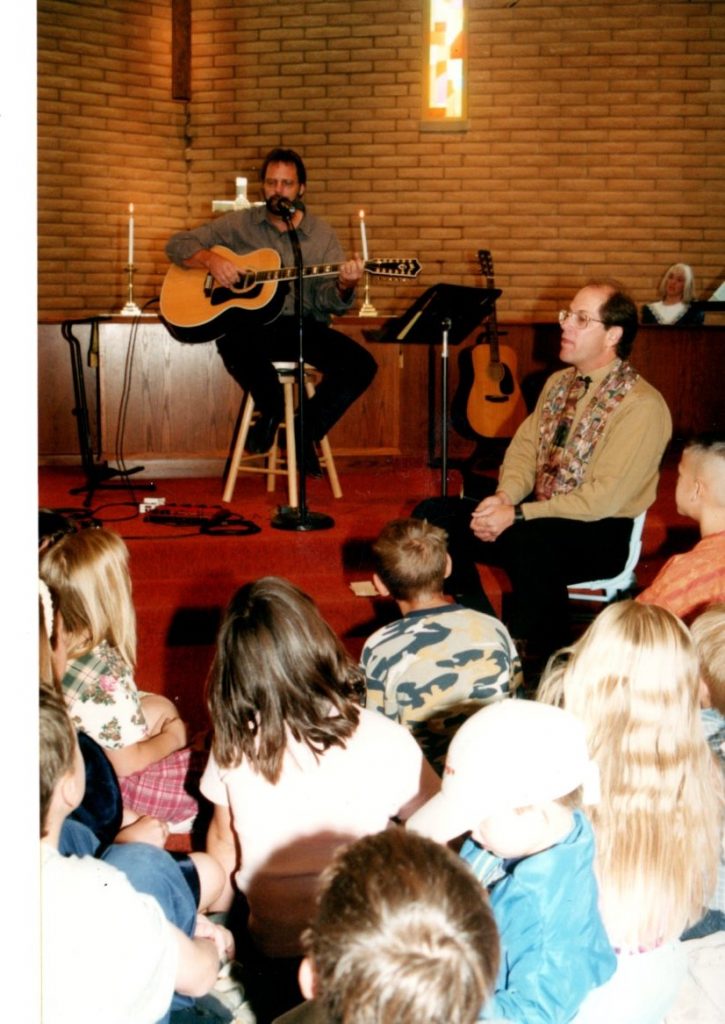 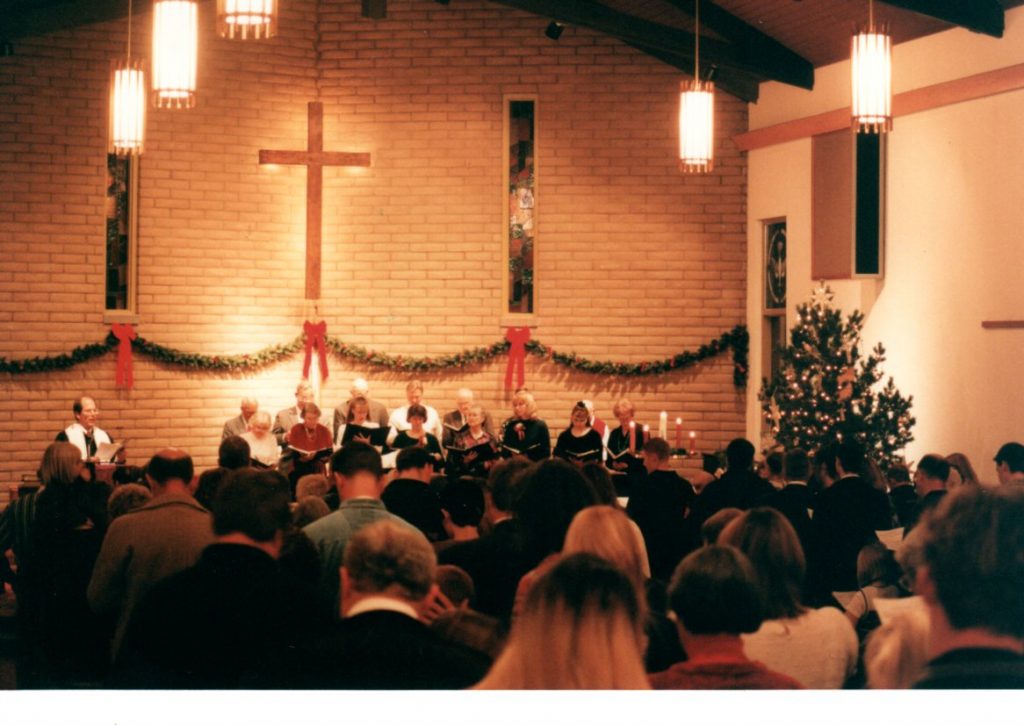 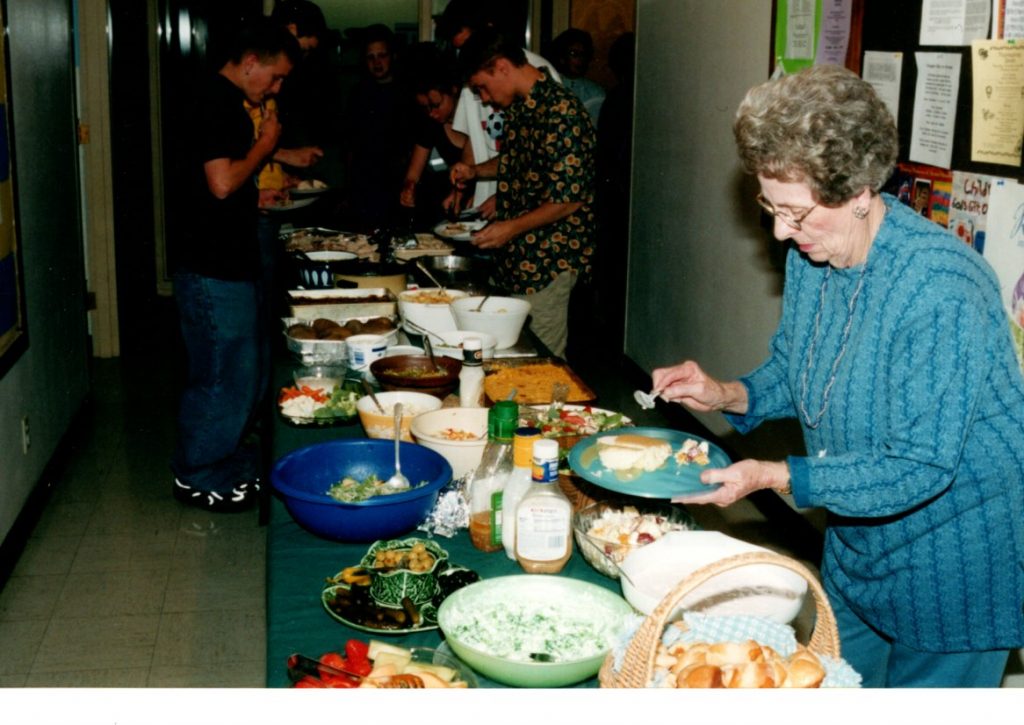 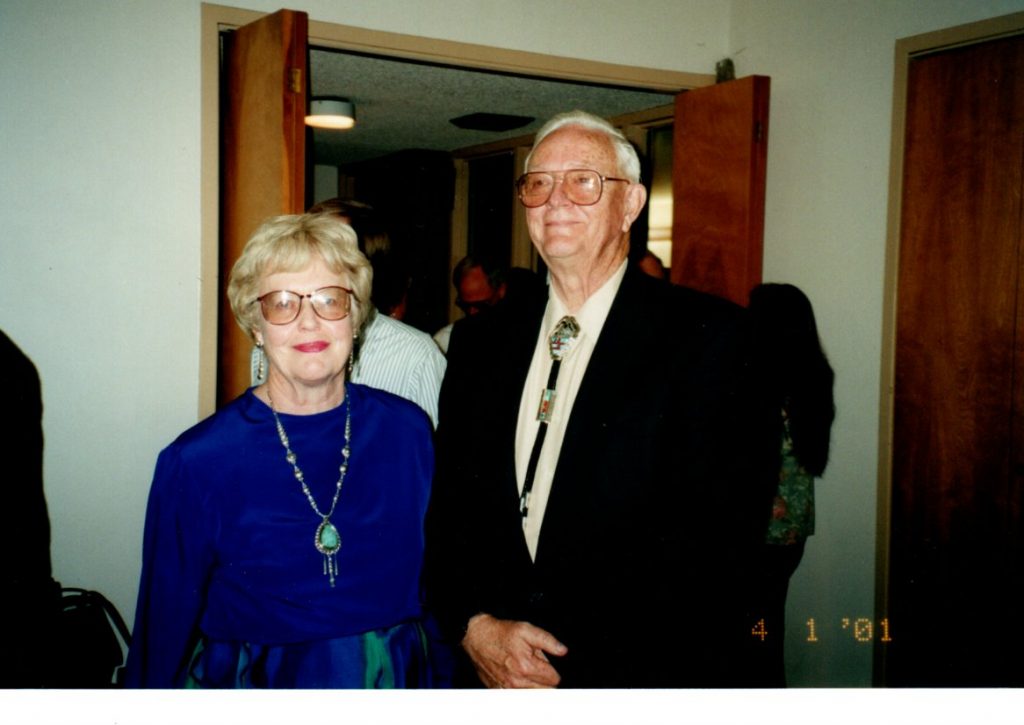 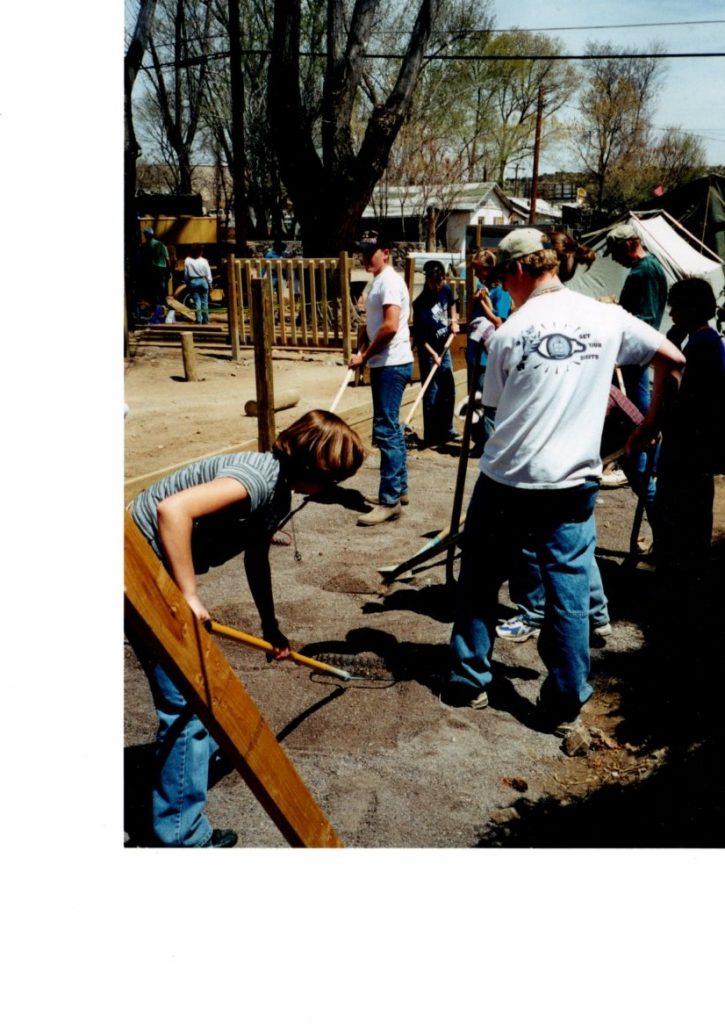 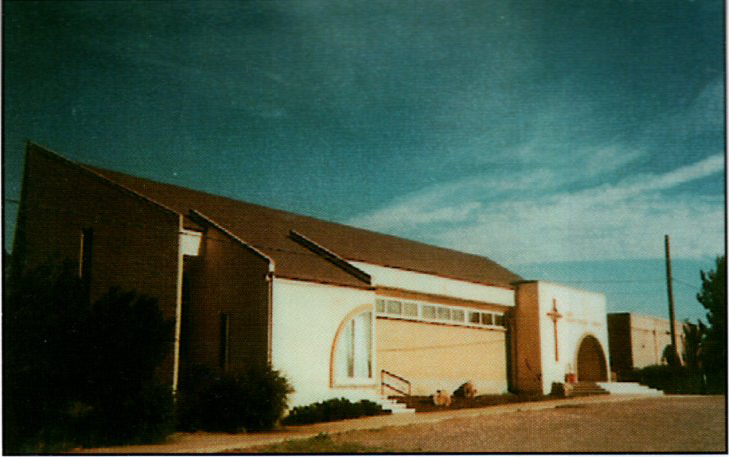 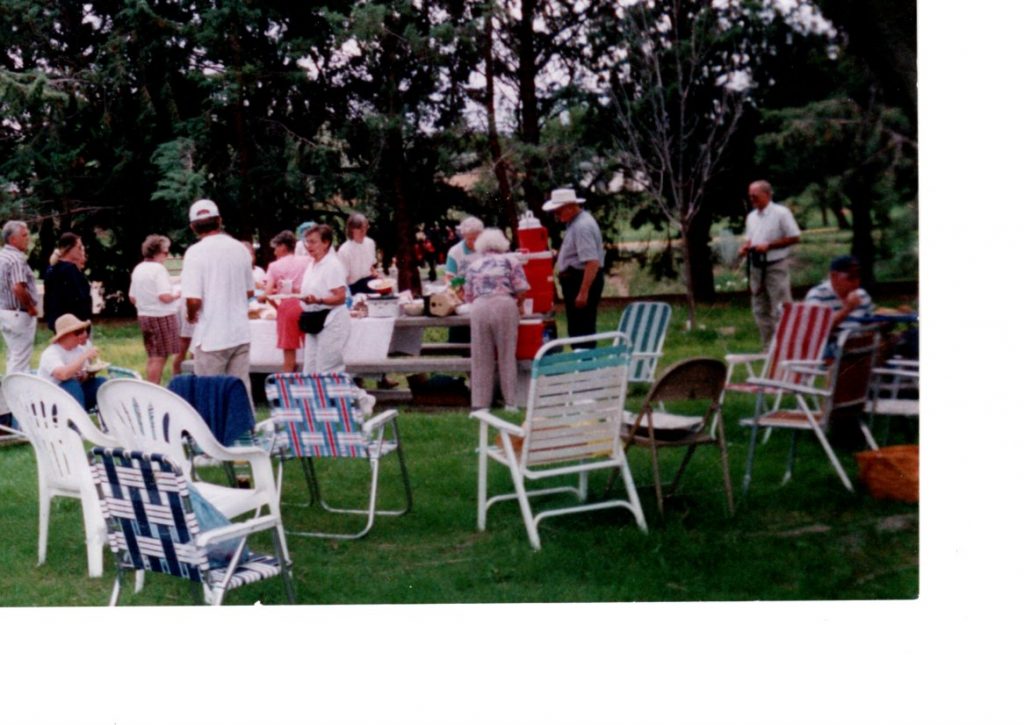 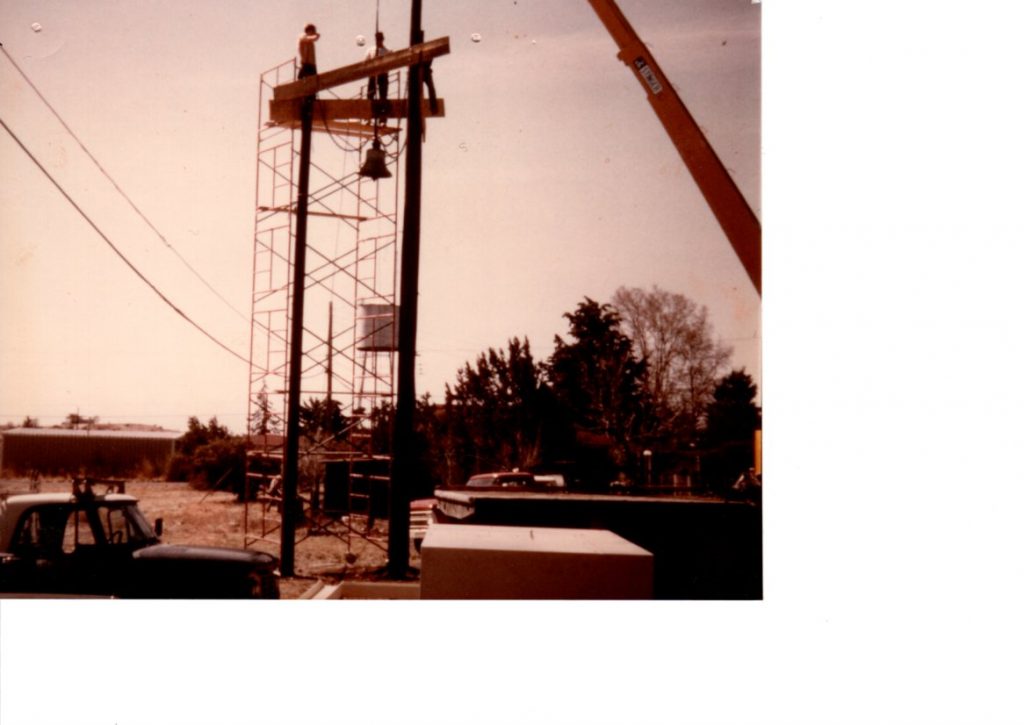 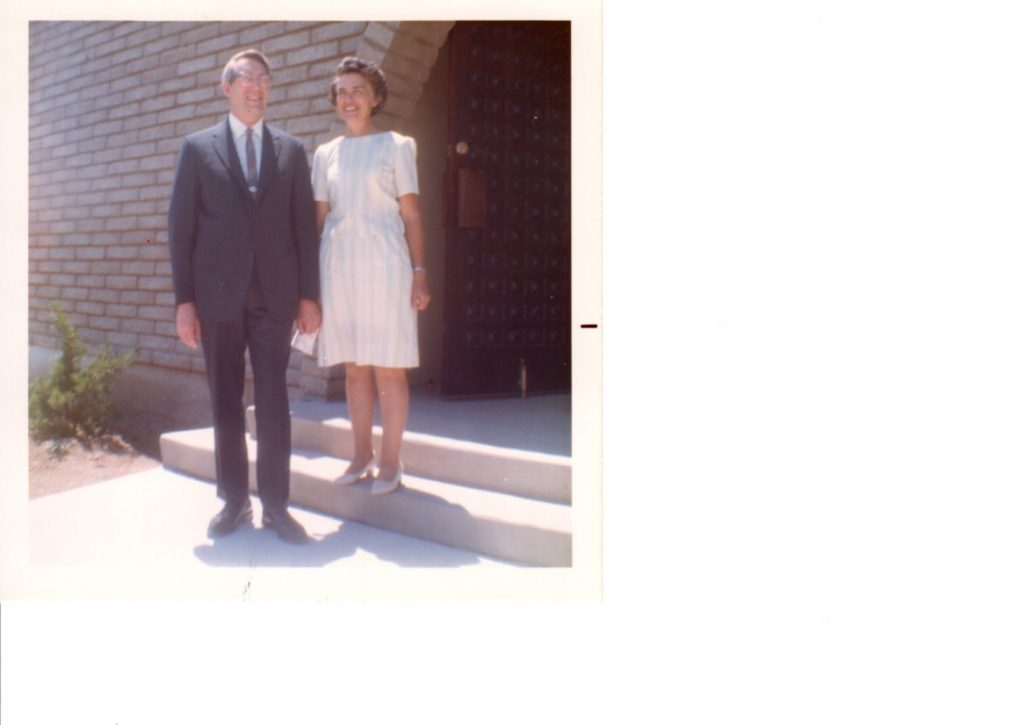 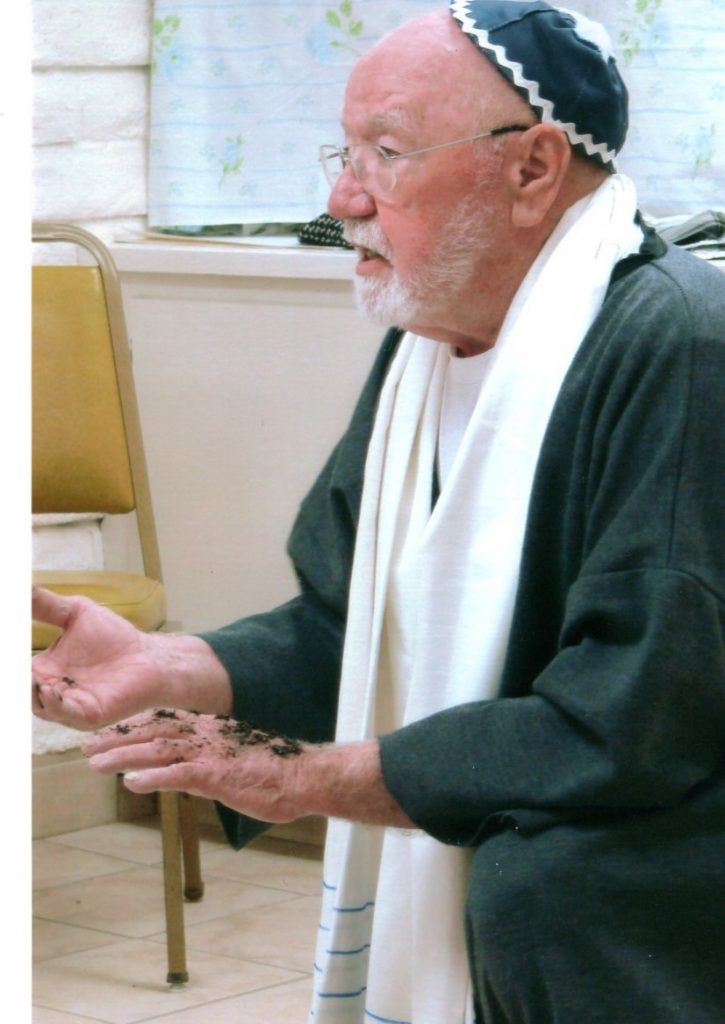 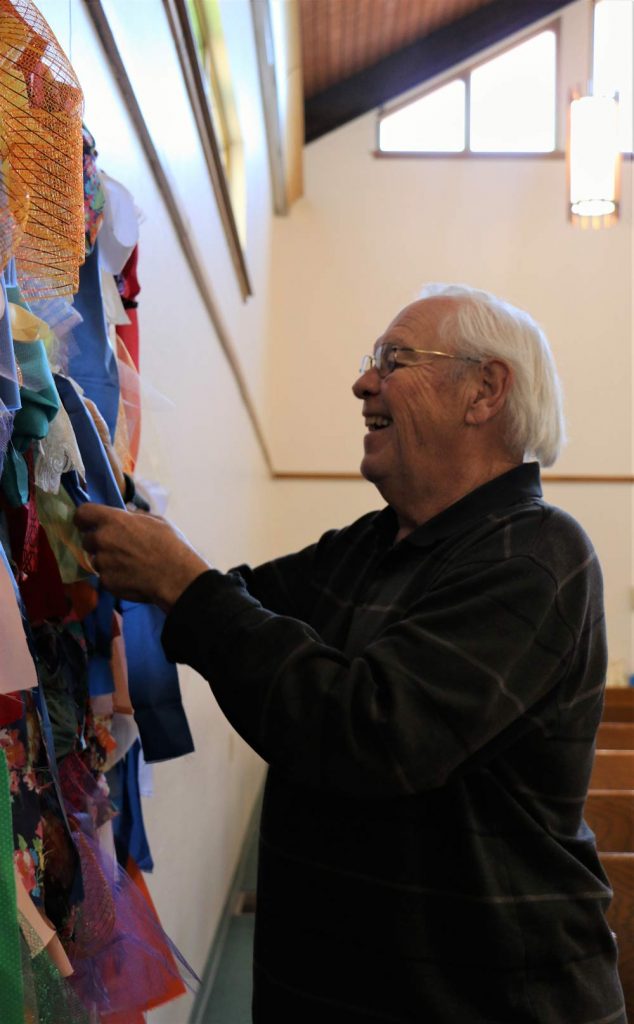 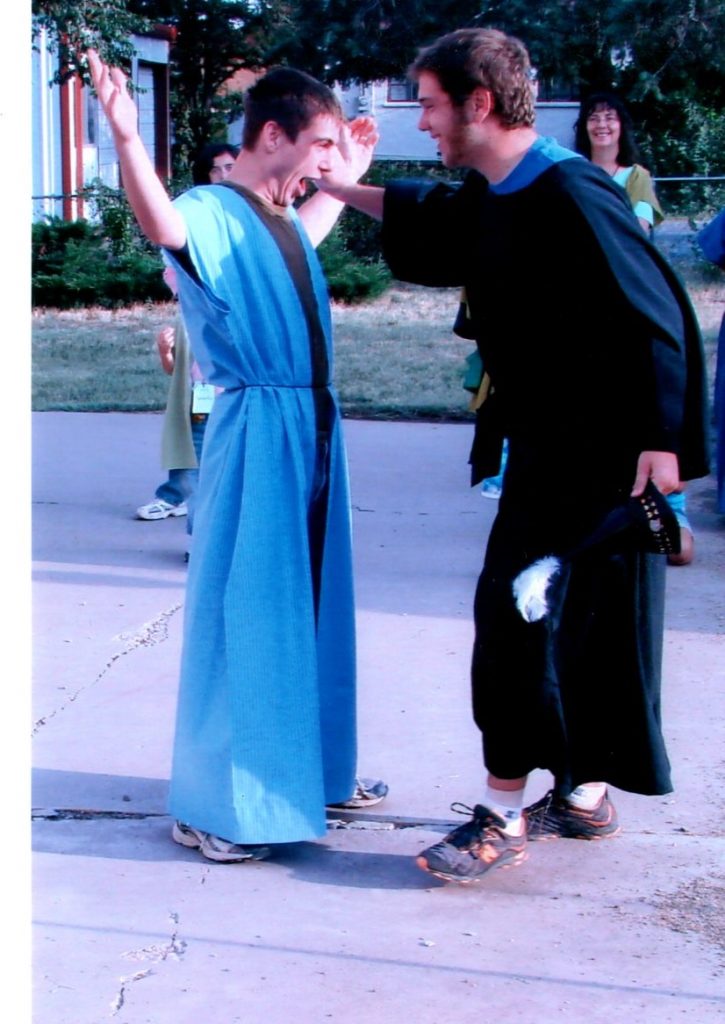 May We Pray for You?

If you have a prayer request, either fill out the message area on our Contact Us page or call Susan Tester, our church secretary, between the hours of 9 a.m. to noon and 1 p.m. to 4 p.m., Tuesdays through Fridays, and Susan will get your request to the wonderful people who comprise our Prayer Chain.